When we advance TI DLP technology – shrinking down the size of TI DLP® Pico™ chipsets to fit into smaller applications – engineers can develop small, high-quality 3D printers that are more accessible and affordable.

Mattia Mercante is no master carver. But he had a solution for restoring the delicate scrollwork in Grinling Gibbon’s "The Panel of Cosimo III" without risking further damage to the 17th century wood carving.

As a freelance restorer, primarily working with Italian conservation institute Fondazione Opificio, Mattia has pioneered the use of 3D printing to create replacement parts with unprecedented accuracy for damaged historical artifacts.

"In cases like this, 3D printing is not just something that’s helpful at the prototyping level," he said. "It makes the difference between ’we can’t do this’ and ’we can.’"

Mattia’s work is only possible thanks to the increasing availability of photopolymerization-based 3D printing. Unlike the plastic filament common in most mainstream 3D printers, photopolymerization uses precisely controlled UV light to harden areas of photosensitive resin into the desired shape. This higher resolution enables micron-level detail in the final product. 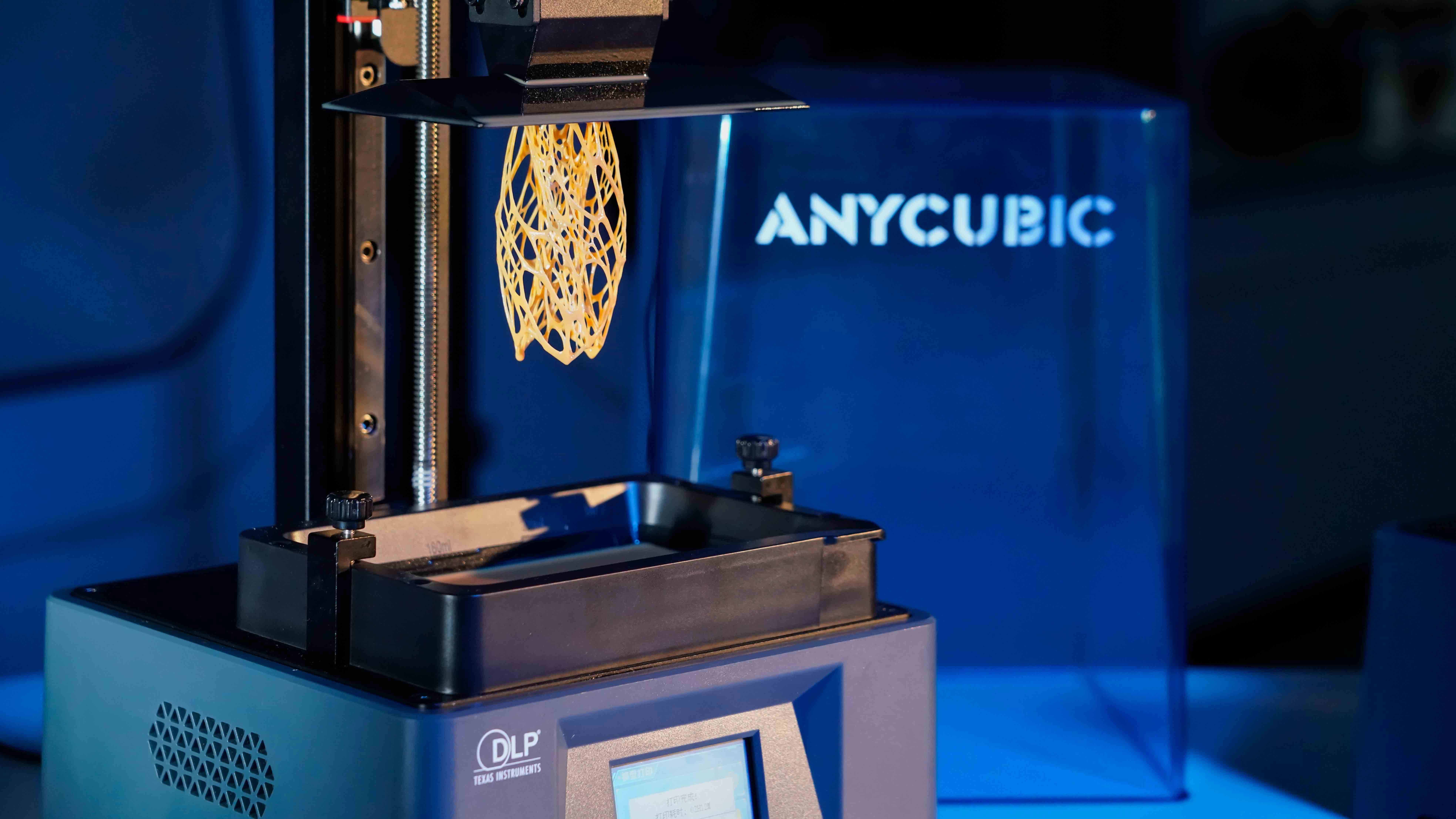 Anycubic in Shenzhen, China, is one of the first to develop affordable 3D printers using our TI DLP Pico chipset.

While some photopolymerization printers use a moving laser to cure the resin point-by-point, TI DLP technology utilizes high-power full-layer exposure for 3D printing, resulting in reduced printing times and high fabrication accuracy. TI DLP technology uses an array of millions of individually controlled microscopic mirrors, called a digital micromirror device (DMD), which are leveraged in 3D printers to project a pattern onto the resin, allowing an entire layer to be printed all at once.

One challenge has been the high cost, which has confined high-quality 3D printers to large-scale manufacturing settings and kept them out of the workshops of individuals like Mattia. But new TI DLP Pico chipsets – which are smaller than earlier versions – are poised to make high-quality 3D printers small enough to fit on your desk at home or at work and, as a result, available for less than US$499. That’s less than half the price of DLP 3D printers previously. Anycubic in Shenzhen, China, is one of the first to implement the technology in 3D printers to make them more affordable for artists like Mattia.

Read our technical article, “3 key design decisions you should make in your DLP 3D printer design.”

"I really like the possibility of curing a large area of resin at once, so I’d love to have a 3D printer that uses TI DLP technology on my desk," Mattia said.

As an industrial designer, Patrick Vanderpool struggled to find an engagement ring for his girlfriend that would meet his exacting requirements. So he decided to design it himself, using a 3D printing service to print and cast the ring. He proposed to his future wife with the prototype, so she also got to have input into the final design. 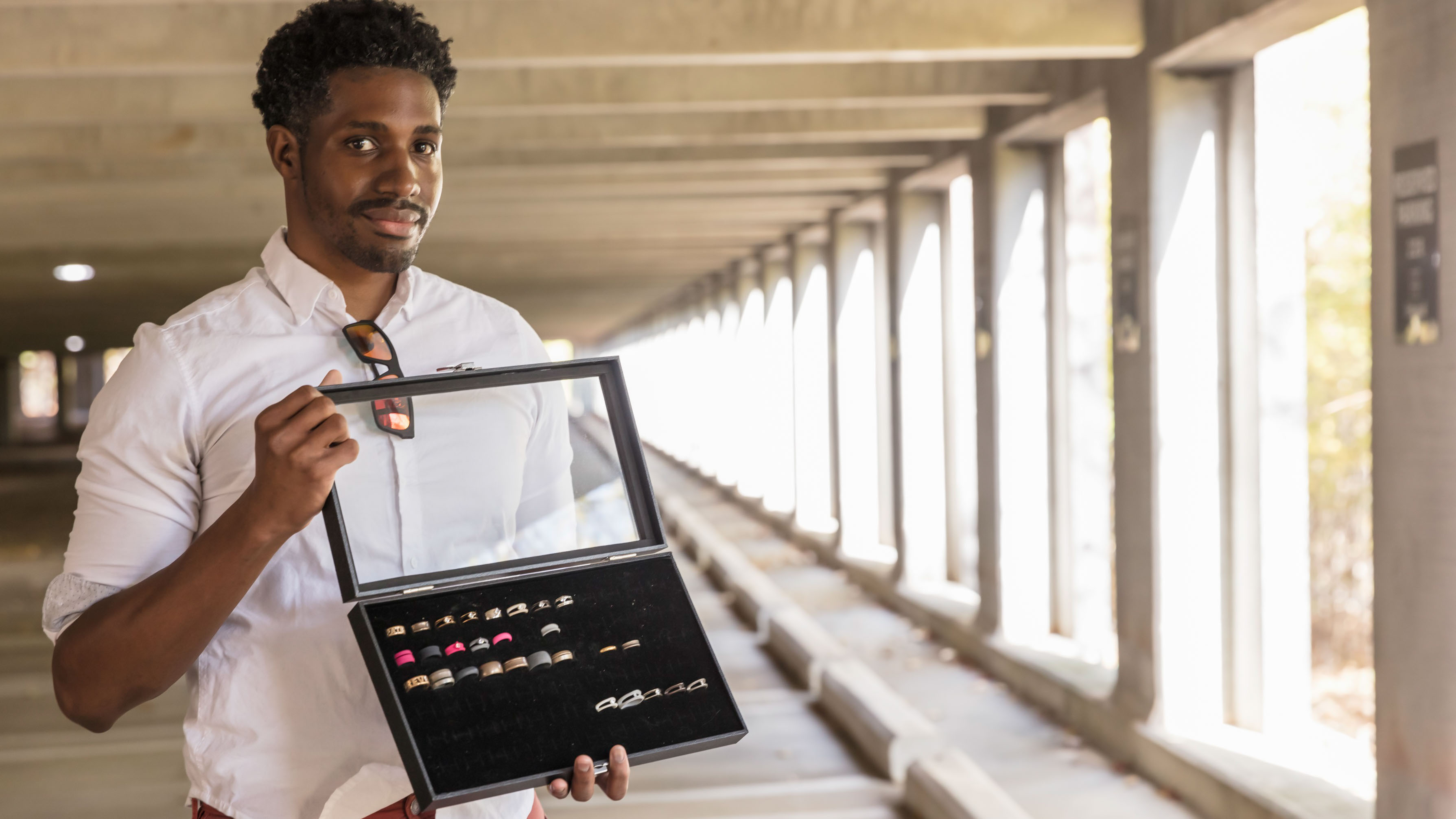 Patrick Vanderpool hopes to invest in a professional-level 3D printer for his small jewelry business.

Now running his own jewelry design business, Patrick aims to bring this collaborative spirit into his pieces. A fused filament printer on his desk doesn’t provide enough detail for most of his jewelry, so he still relies on companies that offer 3D printing services and use DLP technology-based 3D printing to create the final models, leaving clients waiting several days to see how their ideas will look.

As technology costs come down, he hopes to invest in his own professional-level 3D printer, which will allow him to create production-quality models in-house more quickly and less expensively.

From movies to manufacturing

DLP technology is used in hundreds of electronics and display products.

"In the same way that high-end cinema technology has been scaled down to handheld projectors, we can take the same DLP technology used in industrial 3D printing and put it into a smaller space," said Trevor Dowd, a product marketing engineer at our company. "That means a 3D printer can fit on your desktop and still give high performance, fast print speed and good reliability."

Technology first used to display the climactic lightsaber battle of The Phantom Menace in movie theaters and now being used to 3D-print engagement rings and repair priceless wood carvings demonstrates how technology and its uses can evolve over time to open up new innovations and markets.

"We’re seeing exciting developments in the world of 3D printing and throughout the pandemic there have been people filling a gap in the market by quickly printing face shields and ventilator components," Trevor said. "As more people gain access to these printers, they’re coming up with new uses for them every day."

The DMD chip, introduced by TI in 1987, once revolutionized the way movies were distributed and projected; later it changed projection technology, and today, it’s helping drive down the cost of 3D printing to make it more accessible to more people. It’s just one example of how TI innovators are living our company’s passion to create a better world by making electronics more affordable through semiconductors. As each generation of innovation builds upon the last to make technology smaller, more efficient, more reliable and more affordable, new markets open and it becomes possible for semiconductors to go into electronics everywhere. At TI, we think of this as Engineering Progress. It’s what we do and have been doing for decades. 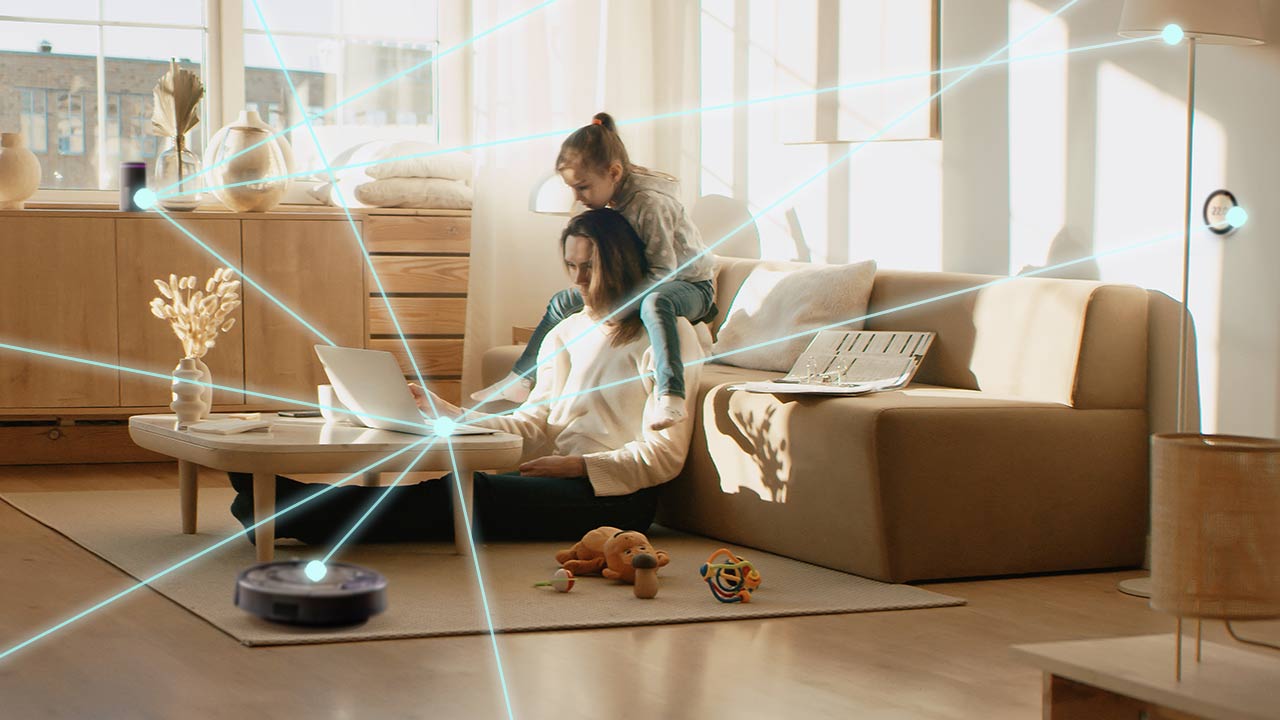 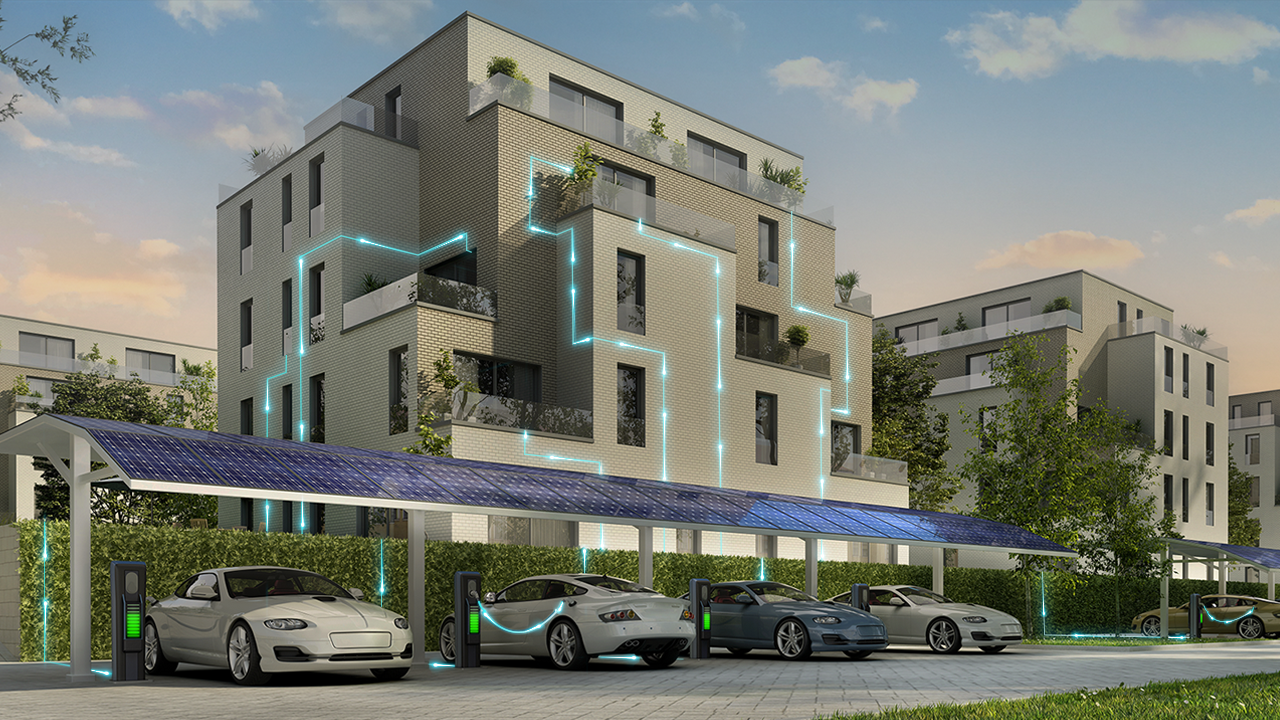 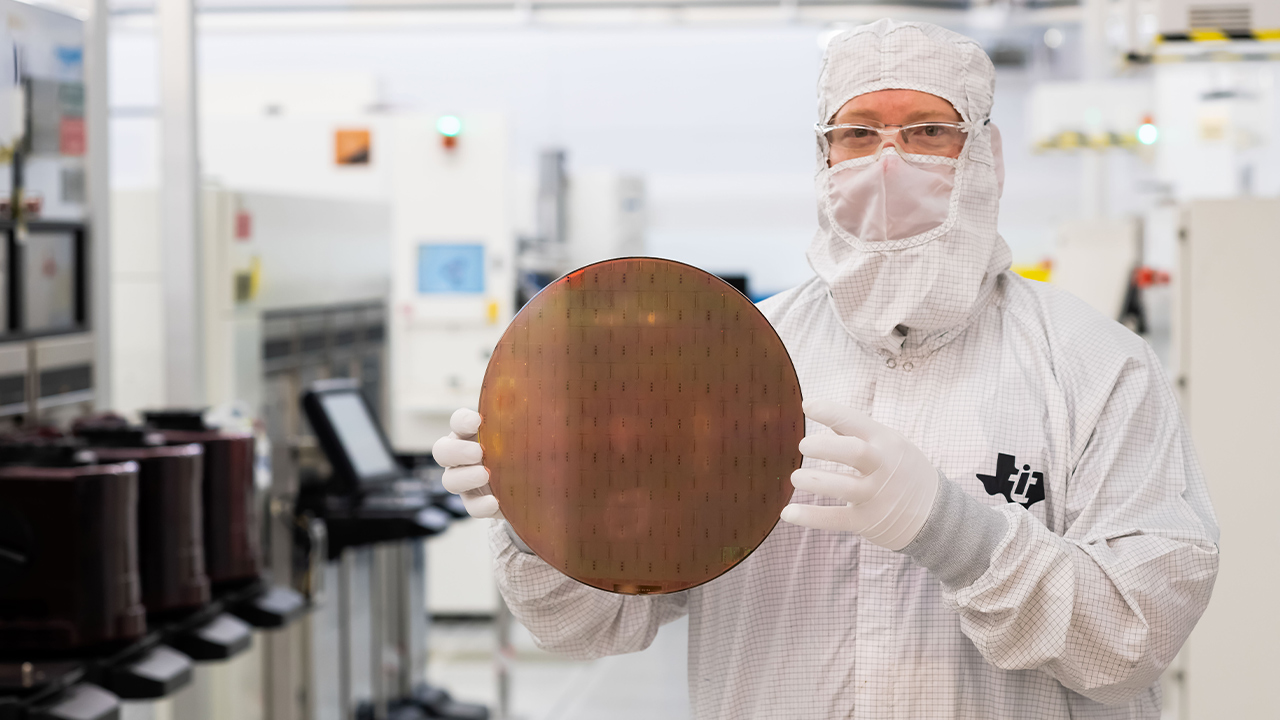